COVID-19 Compliance Information: We fully respect public and government concerns regarding COVID-19 and have implemented many precautions. Specifically, we tare doing curbside services to ensure spacious social distancing and taking other precautions. Call us today to schedule your appointment. Read More 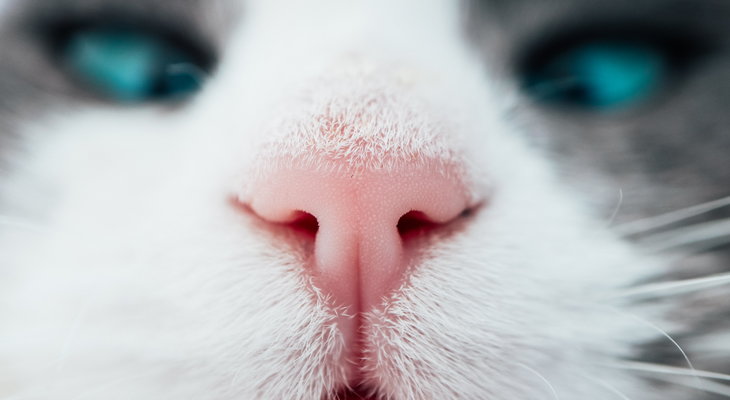 Cats can suffer from several conditions of nose, sinuses and other parts of the upper respiratory tract. These include nasopharyngeal polyps—a type of non-cancerous growth—and inflammation of the membranes of the nasal passages and sinuses.

A nasopharyngeal polyp is a mass of tissue in a cat’s upper respiratory tract. This type of growth is not cancerous. It occurs more often in kittens and very young cats.

Veterinarians think that nasopharyngeal polyps are caused by a respiratory virus. Even after a cat’s symptoms of a respiratory illness go away, the virus can still move through the body.

Eventually, it makes its way to the middle ear. Here, it causes the tissues to become inflamed, which leads to a polyp. Polyps can form on one or both sides of the head.

If the polyp becomes too large, it can break through to the ear drum. It can also spread into the back of the cat’s mouth. It may partially block the flow of air into the lungs or keep the nose from draining properly. Because the polyp forms in the back of the mouth, the cat may feel like there is something stuck there, giving rise to some of the behaviors seen with polyps.

Symptoms of a nasopharyngeal polyp include:

In addition to identifying the symptoms of a polyp, a veterinarian will use an instrument to look for a large, pink mass of tissue—the polyp—on the roof of a cat’s mouth. This is done while the cat is sedated.

The polyp is removed surgically while the cat is under anesthesia. The veterinarian grabs the polyp with special tweezers and pulls it out firmly. This removes both the polyp and the stalk that attaches it to the underlying tissue. After surgery, a cat is usually given antibiotics and sometimes ear drops or steroids.

As in people, cats can develop infections of the upper respiratory tract (rhinitis) and sinuses (sinusitis). These often occur together and cause the mucous membranes of the nose and sinuses to become inflamed or damaged.

The main symptoms of rhinitis and sinusitis include:

Diagnosis of rhinitis and sinusitis may be based on:

In mild or sudden cases of rhinitis or sinusitis, the focus is on relieving the cat’s symptoms. This may include:

More severe cases may require the cat to be put on intravenous fluids or a feeding tube. If a cat does not respond to medical treatments, surgery may be needed; although this has limited success.

If your cat seems to be suffering from a nasal problem, contact us today, so we can schedule an appointment for your furry friend.

We look forward to hearing from you

Find us on the map